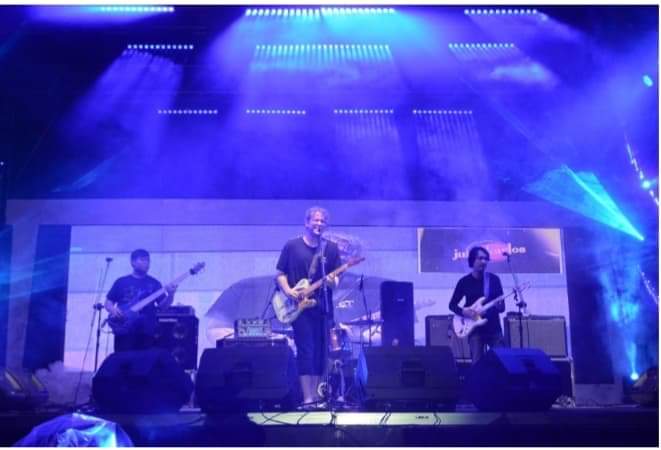 Performances from OPM rising stars completed the 4th Tanglawan Festival with an estimated 10,000 attendees at SM city San Jose del Monte’s activity grounds.
Every year, Tanglawan Festival closes the celebration with live performances of well-known artists from the music industry. This year is a first for SM City San Jose del Monte to hold a music festival in its activity grounds with an estimated 10,000 attendees.
In partnership with the Local Government Unit, Leanne & Naara, Kuatro Kantos, CHNDTR, M$TRYO, Paint it Black, and “Buwan” hitmaker, Juan Karlos heated up the cloudy and misty night of the festival’s culminating activity with different genres from pop to ballad to alternative rock.

“We always take pride of our view deck and lagoon area, especially at night when LED lights are open as it turns into a scenic garden, and it is more than our pleasure to hold the culminating activity here in the activity grounds of SM.” shares Mall Manager, Jose Mari Emmanuel Correa.
Along with the OPM rising stars, are the colorful light performances of the homegrown talents of the city, and the grand fireworks display that symbolizes this year’s concert theme “Ningning ng Kinabukasan”, inspired by the meaning of “Tanglaw”, where the word ‘Tanglawan’ came from, which is ‘torch’ or ‘light.’

Mayor Arthur Robes said that this is just the start of the real transformation of the previous relocation to the soon-to-be the next destination in the country. “With the new and big players in the city, you give additional light and shine to the beauty and progression of San Jose del Monte.”
Robes again invite and encourage SM management and other investors to join the festival next year. “I would say that our Tanglawan and Cityhood is very successful, so I am looking forward for a better and bigger celebration of the 20th Cityhood Anniversary and 5th Tanglawan Festival next year” he added.

On top of the Festival’s Finale Concert, series of activities were also held in SM City San Jose del Monte for the 11-day long celebration. First is the ‘On the Spot Painting Exhibition’ participated by the group of artists in the city, FCPC Filustrados and Sining Tanglawan. Next is the ‘Indakan sa Tanglawan ni Lolo at Lola’ event for the senior citizens, ‘Tinig at Musika ng Tanglawan’ singing contest, ‘Push Pawns’ chess competition, ‘Kusina ni Ate Rida Cooking Challenge’, and the ‘Opening of Tanglawan Gallery’ which paintings produced on painting exhibition were displayed.
For more event updates, visit SM City San Jose del Monte official Facebook Page at www.facebook.com/SMCitySanJoseDelMonte/.

Spotlight on the lead singer to simulate the moonlight as the band performs their hit song, Buwan during the culminating activity of Tanglawan Festival 2019 in SM City San Jose del Monte activity grounds.