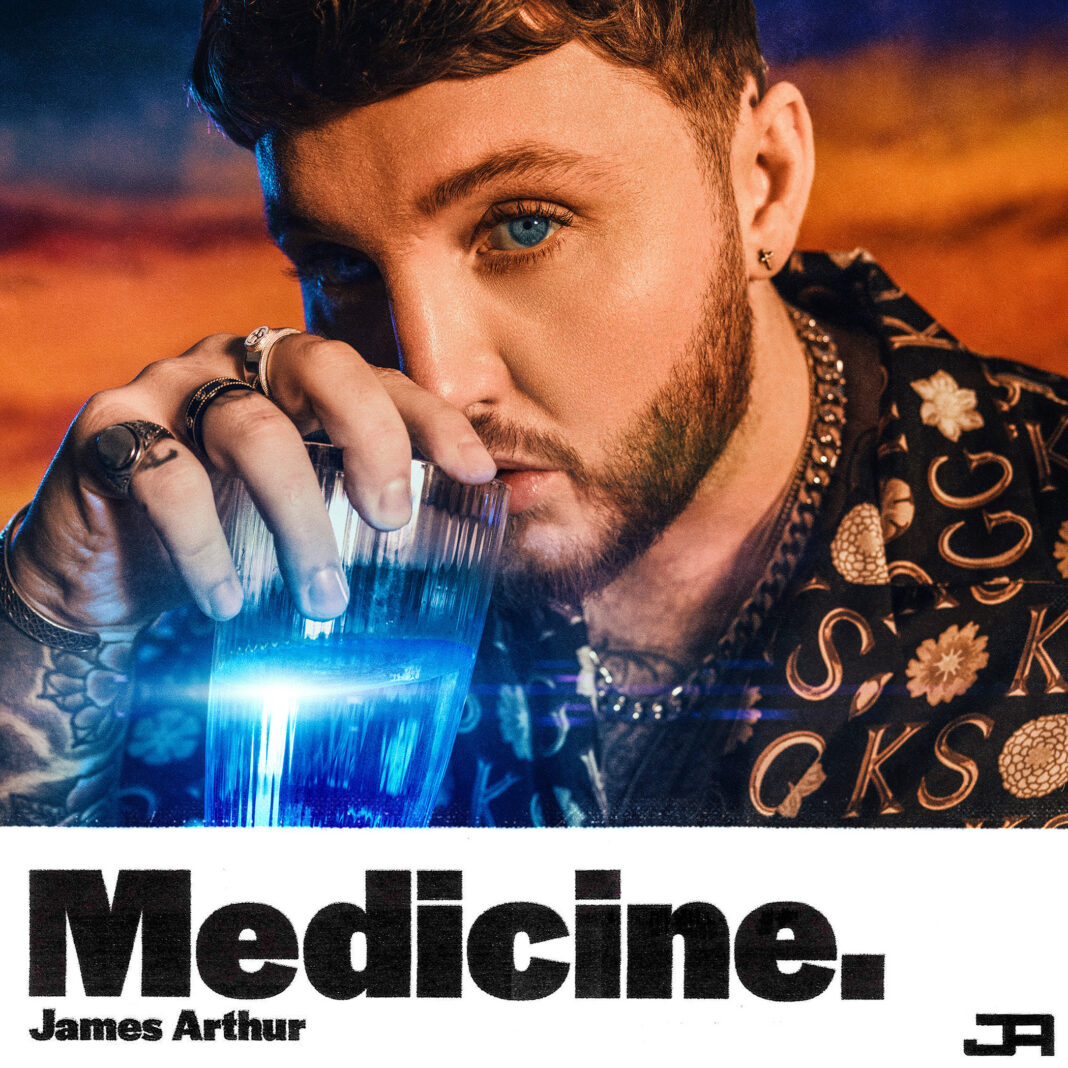 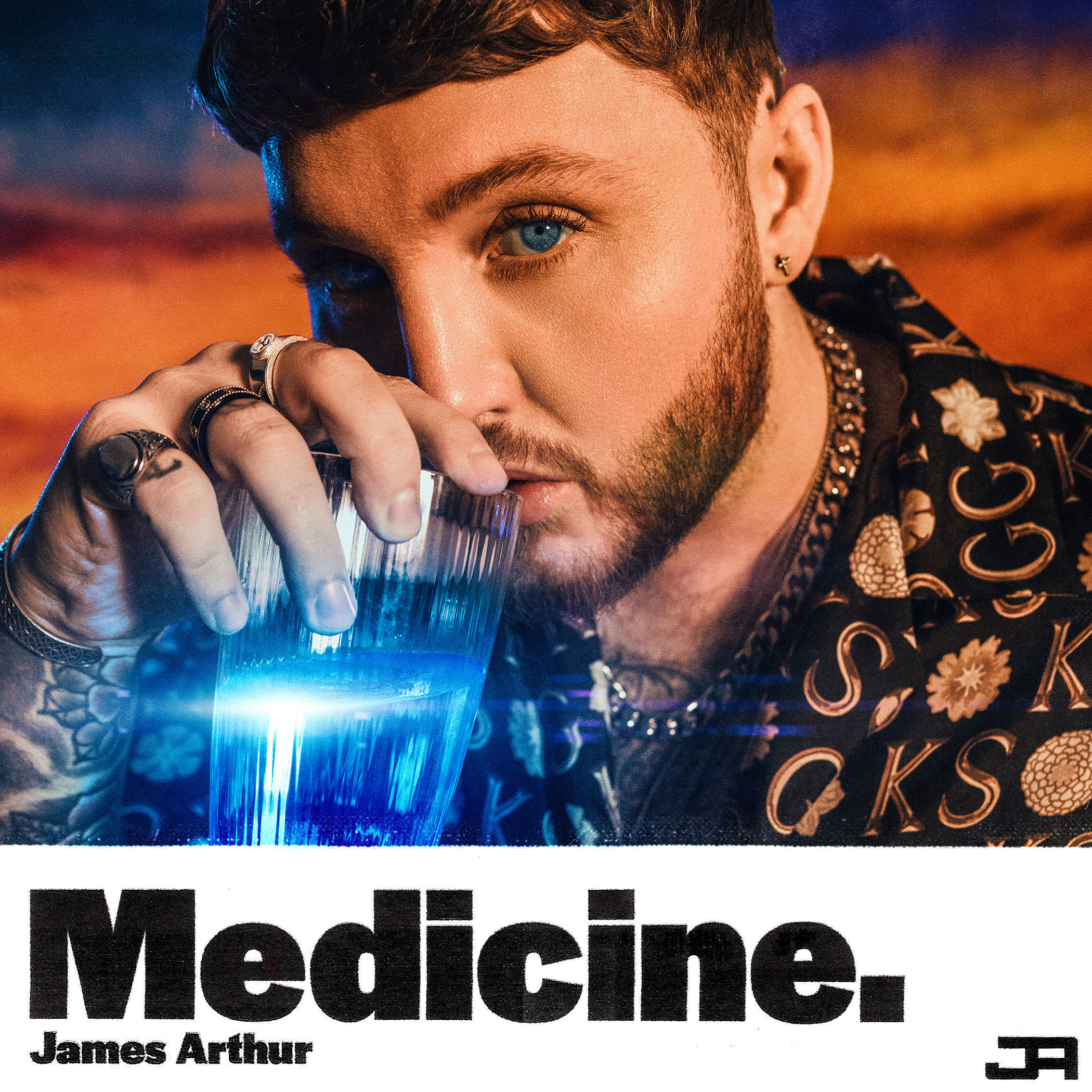 Fresh from the huge global success of his song ‘Train Wreck’, English singer-songwriter James Arthur returns with his brand new single ‘Medicine’.
“Medicine” is boldly autobiographical. The track was the very first song James wrote during his first writing session for the new album.
James says, “Medicine is an uplifting ode to self, to relationships, to community and connection, and to the healing, restorative powers of love over adversity. It is, you might say, the perfect song for spring 2021.”
“The last year has forced any couple to look at themselves. It held a mirror up to us all, didn’t it? And my partner was hugely supportive through that whole time. There are some pretty dark lyrics in there: ‘When I’m suicidal, you don’t let me spiral…’”
The journey to his new record began in January 2020 whilst James was on a European tour, and old demons began to resurface. “On stage in Madrid, I had this brutal panic attack. I’ve obviously suffered from anxiety over the years but I’d never had that before, not on stage, not it taking hold of me – to the extent that I had to get off because if I didn’t, I was gonna die. Then the next day I developed really bad flu symptoms and had to be rushed into hospital. They found that I had a gallbladder infection, and had to remove it immediately.”
Arthur spent a week in hospital in Switzerland, having cancelled the tour. When he got home, he checked into Nightingale Hospital in central London, and subsequently used his new home as his place of rehab. He undertook therapy 3-4 times week, embarked on a course of medication, began practicing cognitive behavioural therapy (CBT), gave his gym a good work out and, to relieve the pressure, cancelled the American tour.
By March James was fighting fit enough for his UK arena tour. “And it was probably the best tour I’ve ever done.” But then Coronavirus and lockdown hit. By late spring, with restrictions easing, Arthur was back working. His foresight in building a studio and investing in industry-standard recording gear paid immediate dividends. “And all of a sudden, the music started sounding great. From day one there was a sound that I wanted to go for. Even early on it sounded like a real album, a proper body of work.” 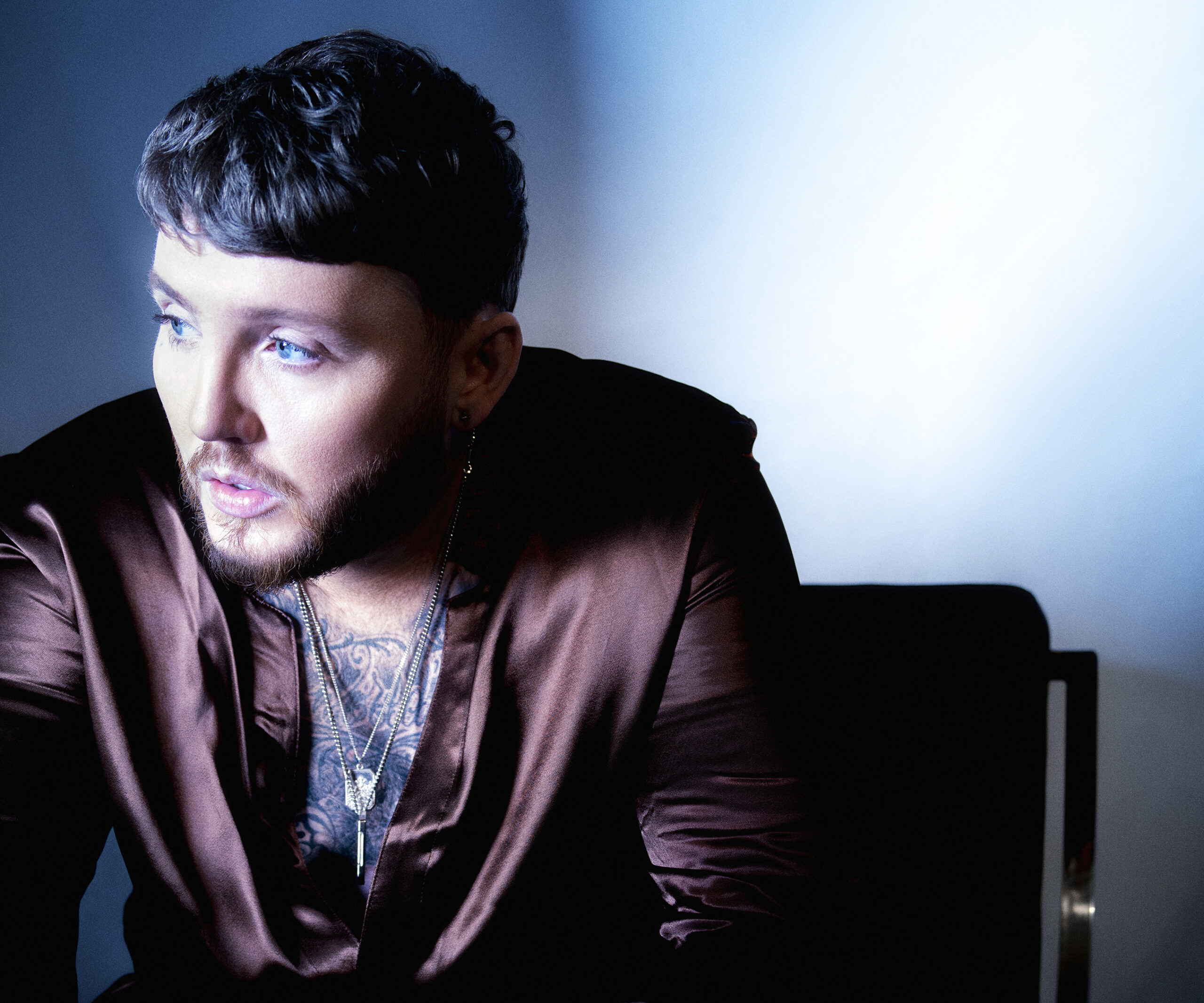 James recently signed a new deal with Columbia Records UK, a co-deal with Columbia Records Germany, who have worked with James for the last five years since his No.1 album ‘Back From The Edge’.
He has sold over 30 million records worldwide and has released three hugely successful albums ‘James Arthur’ (No.2), ‘Back From The Edge’ (No.1) and ‘YOU’ (No.2), alongside nine solo UK Top 40 singles. He has had two No.1 smash hits and was awarded a disc for reaching a billion streams on Spotify with ‘Say You Won’t Let Go’, the No.1 global hit that brought the singer-songwriter from Middlesbrough back from the edge (it currently has 1.6 billion streams on the platform).
James recently dominated the airwaves and charts with his storming collaboration with Sigala ‘Lasting Lover’. The track was a No.1 airplay song in the UK, No.1 on iTunes and Top 10 on the Official Singles Chart. He also recently hit the Official UK Chart with ‘Train Wreck’, a track written and recorded for his 2nd album ‘Back From The Edge’, that found a new lease of life via Tik Tok. The track has had an incredible 365 million streams to date.